This is part 9 of the series, with my 7th time in London. (Err Camden, and Westminster) The title of this post will make sense later in this post. We are on September 7th as this portion of the story begins.

I arrived by bus to the Victoria coach station, where I found a pay phone and called my bank collect to get my credit card to work again because like in Sweden, it was cut off again. After that was taken care of, I went to the nearest Underground station “Victoria” that involved going through Victoria Train Station at rush hour. This station has 4 overground and 3 underground lines and it looked like every line arrived at once and like bees in a hive, all moving very efficiently but looked nuts to figure out.

I took the Victoria Line then transferred to the Piccadilly Line to Russell Square. I checked into the Generator, had dinner there, and went down the street to The London Pub at the Royal National Hotel. I met up with a few Contiki groups, drivers, and team managers, and had a couple of British beers. There is something about British beers that mess you up.

The next morning, I saw a sign for a free walking tour. So, I plan on doing that for the morning. It was a really good tour and walked from hostel to hostel, and then we get on the tube to Green Park where all the tour wranglers bring the people. The tour guide was really funny and new his stuff. He took us in 5 minutes to get a better changing of the guard view, then people waiting 3-4 hours had. 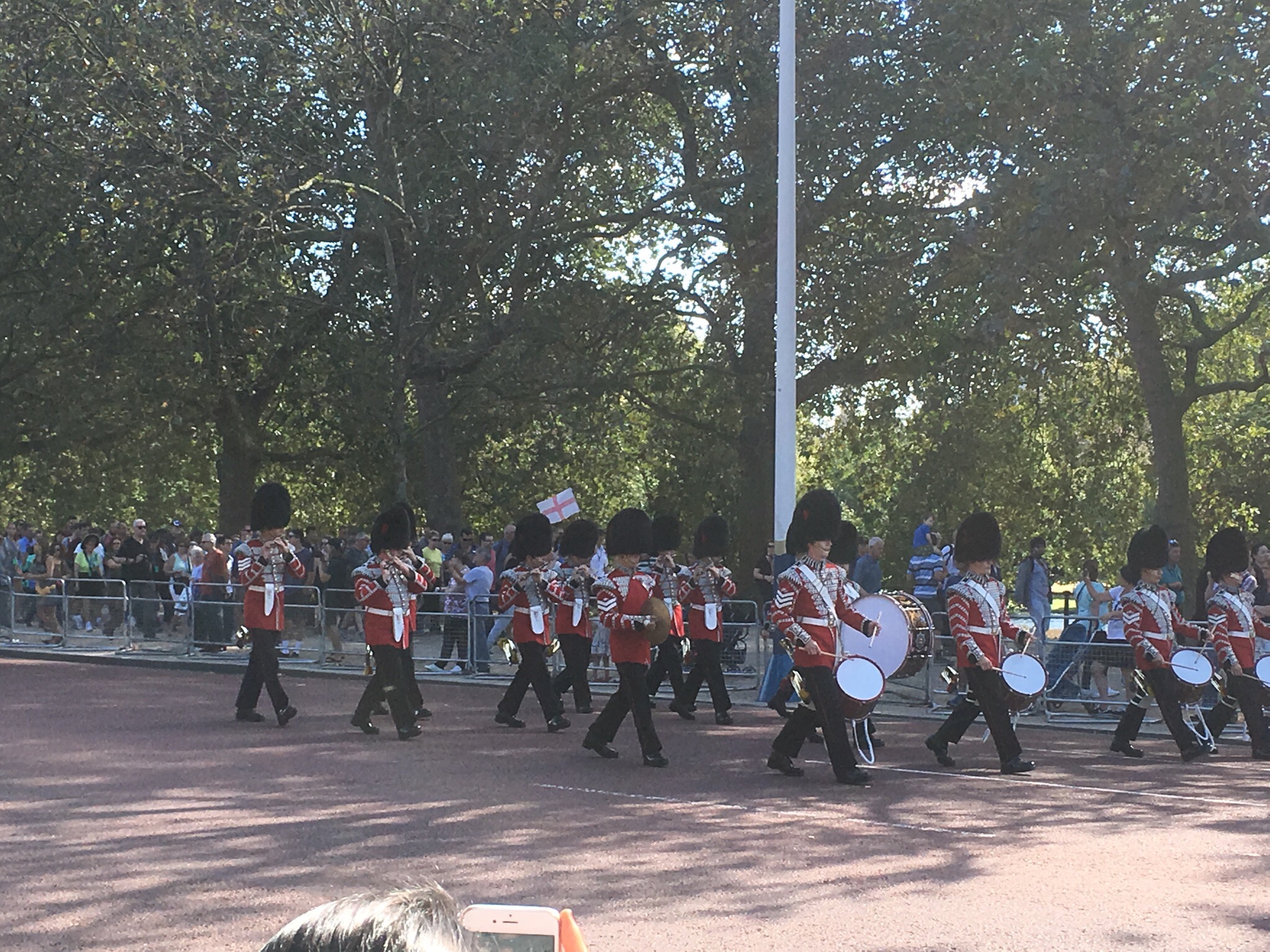 We then went to the buildings around Parliament and Westminster Abbey and lots of things on the way. The way the free tours work is they pay per person for the advertising costs to the company and then they get paid by tips. I tipped my guy well. After the tour, I only hung around the area for a half hour or so, then took the tube to Canada Water. I originally went here in 2010 since it had Canada in the name to explore the area, but it has a decent but still shabby mall, Surrey Quay. Now, this mall has gone downhill in the last 6 years but still has a full Tesco and a Burger King with free Wi-Fi.

I had broken my Garmin VivoFit 2 band and I was hoping to find a new one but had no luck here. One of the shops suggested you can get anything at the Camden Market, so that was where I headed next. I never found what I was looking for but I have no regrets of going to Camden Market as it was amazing window shopping, although I didn’t buy anything.

I was starting to run short on time so I headed back to the hostel, showered, and changed. One of the big things to do in London was to see a musical. I had got my ticket at a ticket seller in the subway station that had a ridiculous service fee, but I later found out the ticket works out about the same anyway if I had bought it from the theatre. Let’s face it if you are penny-pinching theatre ticket prices, you are not going to a West End London show.

If you recognized the post title, you know that the show I’m going to see is Disney’s Aladdin the Musical. The London theatre crowd is unique and hilarious to watch. From the elite posh couples to the tourists, to the families on a special outing, to the folks that this was the backup since they couldn’t get into Harry Potter. On thing about this show was that no one puts on a show like Disney. The music, story, dancing, singing, special effects (like the magic carpet), and Pyro were spot on and fantastic.

After the show, I did what all Londoners do. I went to the pub, London Pub. Had “some” drinks and chats with the Contiki crowds. Then went back to my hostel and there was a TopDeck party going on. Who was I to miss out on a party, so I partied on.

I had to check out of this hostel and had hours to kill so I dropped off my bag at the Contiki Basement and went to Green Park to tour Buckingham Palace. It was really bad, the hangover was so intense that I couldn’t move far without puking so I slept in Green Park again for a few hours. I then went to St. Pancreas Station used the washroom and got lunch and checked email on wi-fi. 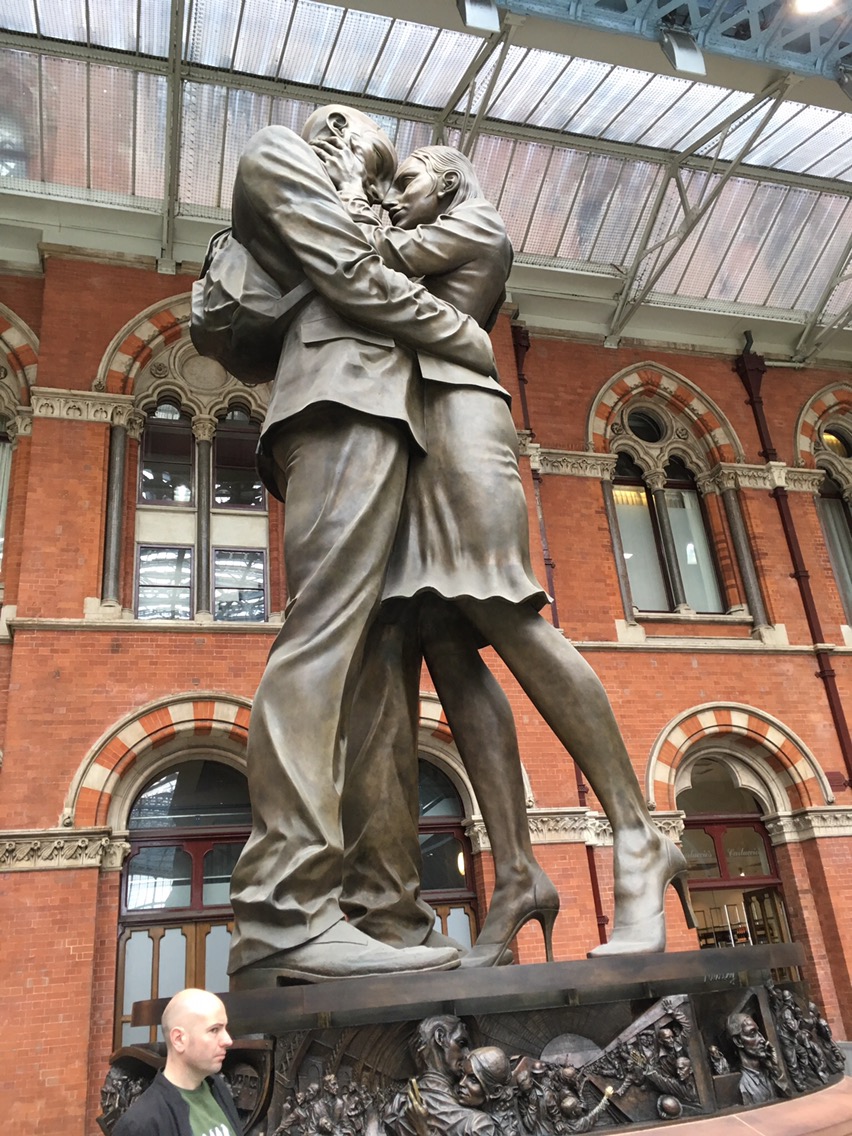 It was time to check into the Royal National Hotel so I went to the Contiki Basement, picked up my London knickknack along the way, got my suitcase and bag and, rested until the evening meeting with the tour manager Kyle and driver Alex. After the meeting can you guess what happened? I went to the Pub…

The next morning it was an early morning and I was excited and ready to go. No hangover for some reason this morning.

Now we are off to Amsterdam.