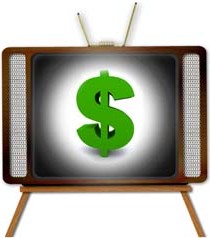 In the view of what may be in line for Canada over the next year in the camps of the Fee-for-carriage debate between “Save Local” and “Stop the TV Tax.” Although this seems unfathomable in the current landscape, the near future will see broadcast, cable, and satellite a thing of the past to internet based distribution methods.

Why pay for 100’s of channels that you do not watch? Why can the creators of the content not just distribute themselves? With devices like the Roku player, Apple TV, PS3, Xbox 360, and many others, we can feasibly get HD to your TV. Problems with getting broadband will als be a thing of the past soon as 4G LTE cellular networks with 51 mb/s connections will make getting fast internet to people easier and cheaper. Even more so in less that 5 years with 5G

“In the last 12 months talks between cable operators and program providers have become even more tense. Programmers have been seeking better affiliate fees as they have seen advertising revenue hurt by the U.S. economic downturn and remain uncertain about the future of TV advertising as more marketers turn to the Web.”  Yinka Adegoke for Reuters.

Today I checked my e-mail hand found this letter from my cable television provider Rogers Cable.

After rejecting it twice, the CRTC has reintroduced the idea of having a fee-for-carriage: a payment to Canadian over the air broadcasters that could ultimately end up costing cable and satellite TV subscribers between $5 and $10 per month!
The proposal is being championed by over the air television networks such as CTV and Global (Canwest Media). These companies also own highly profitable specialty channels, such as TSN and History, and therefore overall are financially healthy.
Furthermore, the CRTC has suggested that if the cable and satellite distributors don’t go along with the fee-for-carriage scheme, the television signals of American network stations, (NBC, ABC, CBS, FOX and PBS) which we have distributed since cable TV began, will be taken away.

The “fee for carriage” proposal is strongly opposed by Rogers and most other cable and satellite distributors.
You as a cable TV customer can take a definitive position to oppose this new tax, called “fee-for-carriage”.
To do so you should contact the CRTC before September 14.

Simply tell the CRTC what you think of the idea of “fee-for-carriage” by clicking on this link: services.crtc.gc.ca/pub/instances-proceedings/Default-Defaut.aspx?S=O&PA=A&PT=A&PST=A&Lang=eng
• Then Click on the 2009-411-3 under the heading “Notice # / Deadline Date”
• Select the “Comment” option in the drop box
• Fill out your comment.
• Follow the remaining instructions until you are done.
You may also contact your Member of Parliament by e-mail, regular mail or telephone. MPs always appreciate hearing from their constituents.

So, I’m going to put the following letter in the mail on Monday:

RE: Fee for Carriage

The proposal before the CRTC concerns me greatly. Many of your constituents rely greatly on power of television as one of the only sources of knowledge and entertainment. With the coming decommissioning of analogue TV signals across Canada and that fact that digital signals do not have the range of an Analog signal many are or will be forced to bring in signals via the use of an intermediary such as a Cable, Satellite, or future IPTV provider would be not only a benefit but a necessity.

It is also not level in fairness either since many of these stations provide their programming or parts of as streams or downloads via IPTV (over the internet). If a fee for carriage is introduced it should also come with an opt-out to receiving those selected channels or be charged to users the receive OTA (Over the air Signals) as it is not fair to charge some of the potential viewers of the signal and not others.

In addition, this is a tax on the poor in out community, demographic research proves that largest demographic of viewers in Canada is the low to fixed income bracket. It is proven that this area of the population of subscribers subscribe to Cable and Satellite services, as it is one of the more affordable means of entertainment for larger families. This is truly a significant proportion of your constituents in Saint John.

In conclusion, the local television content providers not only should but also must find a different model of producing content. This must not be allowed to be it.